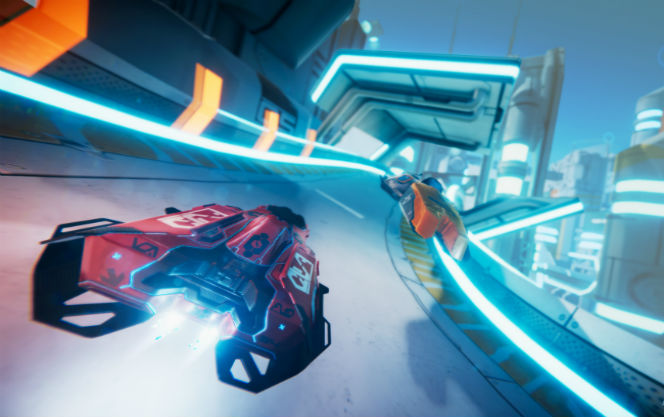 Antigraviator Is Racing To PC And Console Next Year Publisher Iceberg Interactive is gearing up for the Q2 2018 release of frenetic anti-gravity racing game Antigraviator, which is set to take production on the Unity engine to new heights. Antigraviator is slated for a simultaneous launch on PC, PlayStation 4 and Xbox One.

Antigraviator is a sleek new take on the anti-gravity racing genre. Use traps, power-ups and boosts to overtake your opponents and dominate the track. With no speed limit holding you back, Antigraviator aims to deliver the fastest racing experience out there.

Antigraviator is being developed by Belgian development outfit Cybernetic Walrus. The studio is founded by four alumni from Howest University – Digital Arts and Entertainment, voted the best game design & development school of 2017 by The Rookies. The developer’s use of the Unity engine has garnered them much acclaim, with Unity Technologies recently using their experience and assets for the Unite Austin 2017 training day.

In this futuristic high-octane racing game, defying gravity is the least of your concerns.

“We’re huge science-fiction fans, as you might have guessed from our portfolio. A futuristic racing game definitely fits the bill for us and we couldn’t be more excited to publish Antigraviator.”