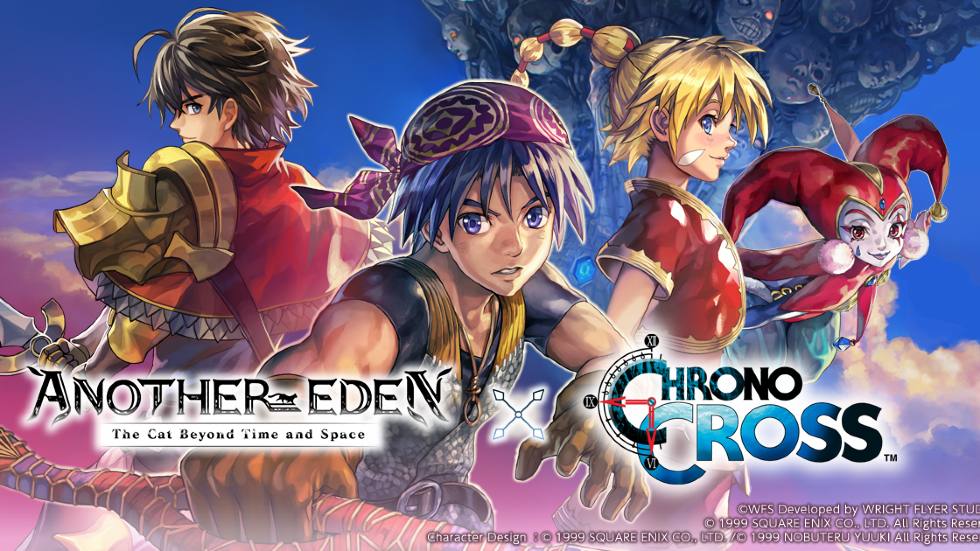 Chrono Cross Event Coming to Another Eden: The Cat Beyond Time and Space

Masato Kato returns to pen a new chapter in the Chrono Cross saga that ties in wonderfully with Another Eden.

Over the weekend, we got a trailer and a preview of the gameplay, which paints a picture of how the two series pair well together. We can see gameplay crossovers as well as characters with Another Eden using elements from Chrono Cross’ battle system.

In addition, New Game +, Elements, and Field Effects will make their way over, with multiple sub-events happening in towns. Field Effects are a great way to turn the tide in battle but only under the Symphony storyline and new special attacks add combos to the gameplay.

Developer WFS is teasing a crossover with Square Enix that will be revealed on December 4, 2020. On that day, an announcement will go live revealing the event but from the looks of it, we know it has something to do with Chrono Cross.

A post on Reddit revealed that Another Eden: The Cat Beyond Time and Space contains files naming Chrono Cross and even includes assets that will be used for the event. An English stream is available and will feature the announcement this week.

By heading over to the official teaser website, players will see the text below, offering clues as to what the crossover could be.

The beginning, since lost to oblivion…

A memory now nothing but a faded echo.

Time stopped for me then.

A soul with no place, I became a petal on the wind.

Until suddenly, a clock long since broken carefully and quietly began to move…

And with it, something started anew in you.

Our future, our tomorrow…

By familiar voices from beyond the dark…

For those unaware, Another Eden: The Cat Beyond Time and Space was written by Masato Kato, who also wrote the story for Chrono Cross over 20 years ago on PlayStation.

Paired with rumblings of a remake of Cross, it seems likely we’ll see more leading into the end of the year.