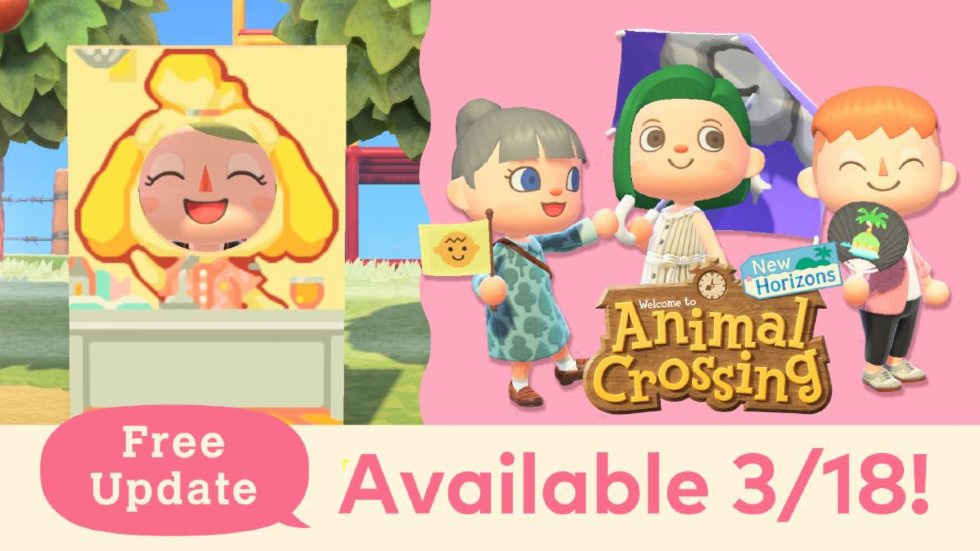 Can you believe it’s already been a year since Animal Crossing New Horizons launched? It feels like yesterday when we all began building our island getaways and paying back the loans Tom Nook offered us to make our islands flourish.

To celebrate, Nintendo is celebrating by releasing the new Spring update, which is set to go live on March 18, the company revealed.

Nintendo also revealed some facts about the game’s first year. In 12 months, players around the world have uploaded over 12 million Custom Designs to the Custom Design Portal. With the Spring update, another 50 custom designs slots are coming to both the Normal and Pro Custom Design modes.

On March 18. you can pick up a cake from Nook Inc. to celebrate the first anniversary of the game, you can pick it up in your mailbox. Additionally, pick up some Sanrio goodies starting on March 26, the Sanrio Collaboration Pack will can be picked up on the US for $5.99. These are amiibo cards based on popular Sanrio characters including Rita, Chai and Toby.

The Custom Design Pro Editor is getting an update and you’re able to use Nook Miles to unlock the feature. You unlock more robust features including customization of umbrellas, small flags, uchiwa and photo stands.

And you no longer need to visit the Able Sisters to access the Custom Design Portal as it is now available on your NookPhone app.

Lastly, seasonal items make their way into the game. From March 26 to April 1, you can grab a whoopee cushion. If you have prom this season, prom-themed items like a prom night wall, night flooring, and prom stash are available.

Do you plan on showcasing your island? The new Island Tour Creator launches on March 23 and is a limited-time web service currently planned to be available until the end of this year. It lets you use screenshots and footage captured in Animal Crossing: New Horizons to create a poster and trailer for your island.