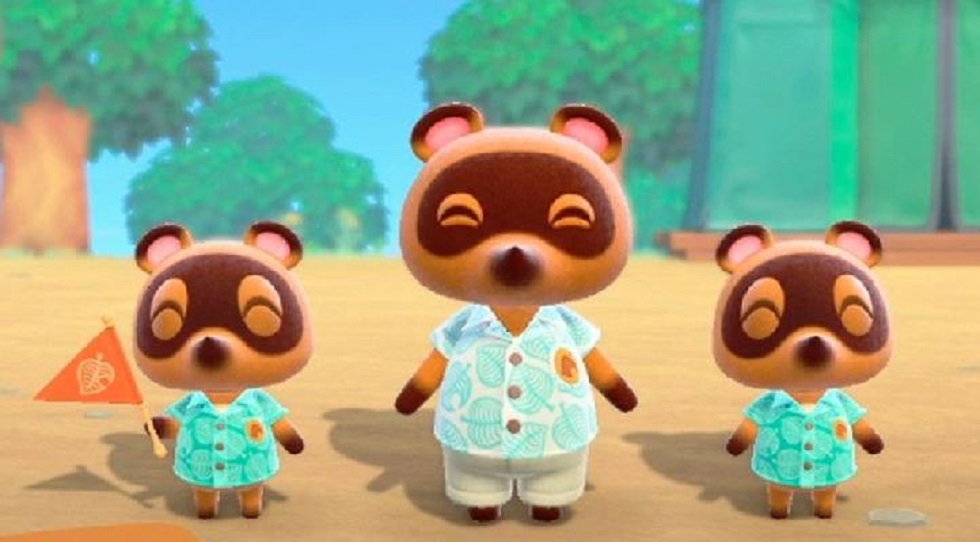 Animal Crossing: New Horizons Is The Perfect Getaway For Newcomers

There’s been a particular sentiment about Animal Crossing: New Horizons that’s quickly approaching cliche status: it’s the perfect game at the perfect time. But hey, some cliches exist because they’re true, and New Horizons’ release couldn’t have been scripted any better.

Last week, I wrote about my excitement as a newcomer to the franchise, and what made me hesitant about approaching games of this nature before. Now, I’m here to write about why I can’t seem to put down Animal Crossing: New Horizons.

Like everyone who is following the new norm, I’m tightly confined to the comfort of my home. I was also recently laid off from my job in the events industry, just as countless others have been economically impacted by COVID-19. So, it would seem there’s no better time to connect through the Deserted Island Getaway Package than right now!

And what a getaway it is. From the outset, the infamous Tom Nook grants you the title of “Resident Representative,” someone chosen to foster the transformation of a deserted island into a vibrant community of your imagination. I lovingly named my island “Windfall” after a location in one of my favourite games of all time, The Legend of Zelda: The Wind Waker. After taking on my inaugural loan, I was ready to embrace the assumed stresses and grinding that comes with a whopping debt of 5,000 Nook Miles. However, I found myself getting well ahead of the pressure placed upon me. In fact, the Nook Miles system rewarded me for simply being curious and active on my island. After finally reaching my first night in the game, I approached Mr. Nook with my head held high ready to take the first big weight off my chest. By this point, I had certainly succumbed to the delightful gameplay loops of collecting, adventuring and earning rewards for my efforts. Despite that, I hadn’t quite had the jaw-dropping moment that would cement my love for this game.

Then, I switched to the Switch’s handheld mode and plugged my headphones in. As I was standing in the central tent at the Nook Stop terminal, a tiny detail hit me like a freight train: The sound of pouring rain. The timbre was designed to replicate the way you’d hear the rain hitting the tarp-like material in real life. That was it for me. It was that attention to detail that amplified the sense of immersion, and thus, my sense of much-needed comfort. While I still have so much more to experience, I felt like I finally understood the affinity for this franchise in that single moment. For so many people, Animal Crossing feels like an ongoing companion, not just a run-of-the-mill video game. That snippet and many others since then have proven that to me. Additionally, that platitude I mentioned at the beginning of this article rings true for countless people, and I’m thrilled to be included in that.

But at the end of the day, has it relieved the worries I previously discussed? Would it go on to make me feel lost, or my investment of time insignificant? With a notable amount of play under my belt, it’s safe for me to say my concerns feel laughable in hindsight.

In a way, Animal Crossing: New Horizons scratches a long-held itch for many Nintendo devotees: a tangible, trackable achievement system. Earning rewards through Nook Miles is far from rocket science, but it’s nice to have it as a core element of gameplay in a first-party Nintendo game. That’s not to dismiss other titles on Switch that have one included in-game (Ex: Dragon Quest XI), but New Horizons feels like such a natural fit for this kind of progress tracking.

I say that because it also plays an integral role in how I progress through the content. Which is to say, I absolutely feel a sense of structure in this game. Through Nook Miles, one of my biggest concerns has been completely alleviated: I get to enjoy the freedom and agency this franchise provides, without being scared off by the uncertainty of “Okay, what next?” I must admit that some tasks you’re rewarded for are just low hanging fruit (pun absolutely intended). However, that’s where Nook Miles plays a nice balance between the overall achievements and the “+” section for more menial tasks. In tandem, these goals work together to constantly reward you without questioning your competency or understanding of everything. Instead, they serve as little nudges and suggestions that can be met with a nice pat on the back should you choose to follow. The dopamine rush is constant, and I can’t get enough.

It feels great to know that I hold so much value on my island of Windfall and its inhabitants. Each villager (a total of five thus far) shows eagerness and excitement to interact with me at least once a day. Through those interactions, I get the opportunity to give a gift, receive a gift, or witness what is often wickedly charming dialogue. I usually find myself letting out an audible chuckle at the silly and even fourth-wall-breaking conversations I indulge in. These are bound to become some of my favourite bits of character writing in all of the video games this year.

Let’s not forget, anyone who gets to name an island and control its layout has a lot of responsibility! Aside from your neighbours favouring you personally, they also depend on you to grow this new community they’ve taken a chance on inhabiting. It’s the ultimate sense of purpose delivered through a warm embrace every step of the way, so as never to feel stressful or overwhelming. The fact that each loan you accrue has zero interest and no deadline plays a huge role in that too, but I digress.

Animal Crossing: New Horizons is always reminding me of my place in this delightful world it allows me to shape. Any red flags I had about the life simulation genre do not apply to this game. I am always coming up with ways to keep myself busy while being gently reminded of why I’m doing it all in the first place.

At a time where a genuine human connection can feel hard to attain, New Horizons presents a shared point of joy for countless players. A way to bond as best we can with the hand we’re all dealt at the moment. As difficult as real-world circumstances are right now, these villagers have provided me, and I’m sure many of us, with a DIY recipe for momentary contentment.