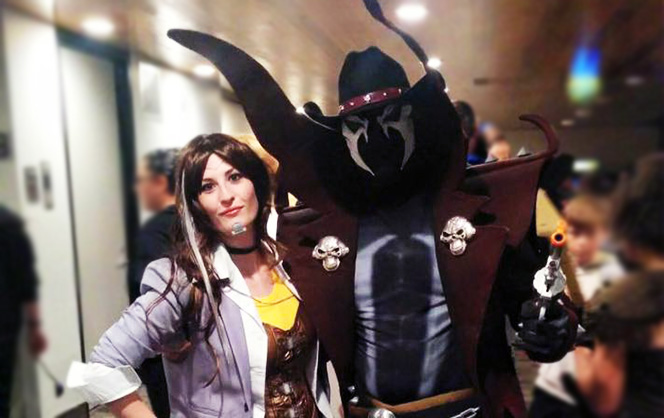 An Awesome Kickstart to the Fall with Hamilton Comic Con! Nothing marks a perfect weekend like attending a comic con, and that’s exactly what this weekend was like for those who attended the Hamilton Comic Con! Hundreds of fans and cosplayers came together, and came together for this very fun weekend; held in the Hamilton Convention Centre, the comic con ran through Saturday October 3rd – Sunday October 4th!

The convention was held on the three levels of the building, so it wasn’t overly packed, which everyone seemed to really enjoy. Many artist booths and vendors were displayed on the first and third floors of the building, with tons to see and buy! Fans could purchase anything from comics and manga to figurines, from t-shirts to original prints and artwork sold by amazing artists! There was even an 80’s vintage video game arcade set up in the one corner of the building, where fans were able to relive some amazing classics like Tron, Gauntlet, Ms. Pac Man, Joust, Donkey Kong, and more! The second floor of the the building was reserved for select panels and Q & A’s. It was also a great place to take a break, and look at all the goods you purchased that day… and calculate how much damage was done to your wallet… For a smaller convention, there were MANY talented cosplayers there! Cosplay celebrities Cosplay Butterfly and cosplayer duo Kitsurie and Yume were there (they also participated as judges in the Cosplay Contest held on Saturday), as well as some amazing cosplayers who were just there to have fun! I, myself, am a cosplayer, and had a blast cosplaying as a female version of Borderlands 2 villain, Handsome Jack! I’m glad I had the opportunity to meet some very talented cosplayers, who were dressed up as some really fun characters, including Gunslinger Spawn, Princess Peach, Spider-Man, and my old pals, the crew from Payday! Overall, the Hamilton Comic Con was a lot of fun, and a great way to kick off the Fall season! And for some, myself included, it might be the last convention they attend, until next year, which made it all the more special!