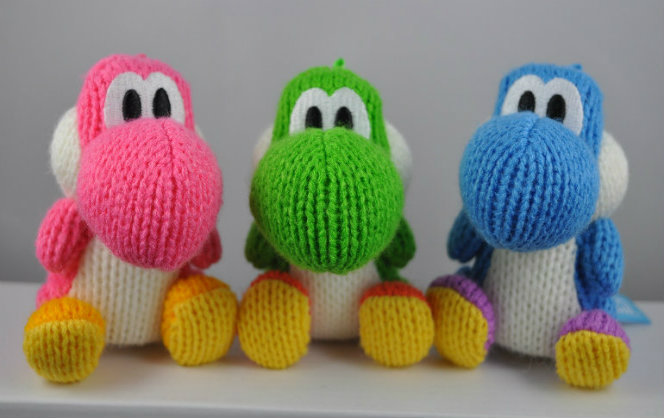 If you’re an Amiibo collector like myself, I have some good news and some bad news.  The good news is, four new Amiibo are coming out, but the bad news is… they’re all going to be store-exclusive!  Yup!  Hopefully, you live near a Toys R Us because the GIANT Yarn Yoshi Amiibo is soon approaching with the possibility of being an in-store purchase only.  While Yoshi’s Wooly World for Wii U comes out in 3 days on October 16th, the big Yarn Yoshi doesn’t hit shelves until November 15th, a whole month later.  But, that gives you plenty of time to start saving your change because the huge huggable Yoshi’s will cost $39.99 each.  The 3-Pack of Mii Fighter Amiibo are also an in-store exclusive at Toys R Us and will be dropping November 1st for $34.99.

If Super Smash Bros. Amiibo is what you fancy then get ready for Best Buy’s online-exclusive Falco Amiibo on November 20th.  Best Buy has said that the Falco figures will be limited to one per customer, and earlier today they also mentioned that they’ll be having a restocking of the Villager Smash Amiibo in the near future that will also be one per customer.
Last week there was an auction for a one of a kind (literally)where the proceeds went to the Child’s Play charity.  One lucky Amiibo Hunter snagged the rare swordfighter for $1,900, but as a tribute to the legendary Iwata and since it’s for a good cause, it was definitely money well spent! Let us if you made a bid on the Iwata Amiibo in the comments!