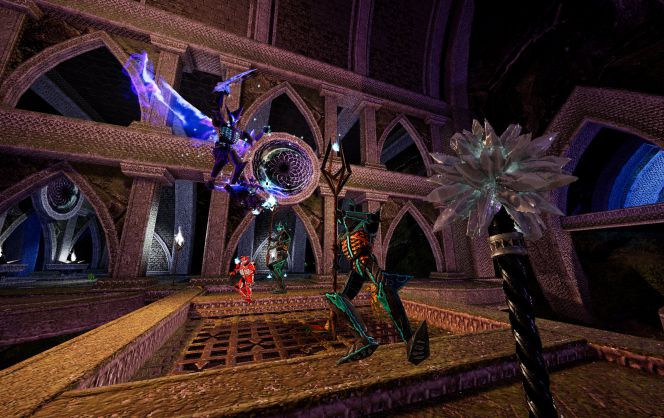 Amid Evil Is Old School Medieval

Well, this certainly looks interesting, while being built in Unreal Engine 4, Amid Evil certainly looks retro enough that it belongs in the 1990’s but from what the trailer below shows, it’s shaping up to be a different experience than the usual games you see coming out.

The publisher states there will be seven episodes of the game, which feature open, non-linear levels and much more.

The producers of DUSK and the creators of Return of the Triad invite you to embark on an epic new FPS adventure:

BRUTAL and adaptive enemy AI that will hunt you down over land, sea and air

OPTIMIZED to run on a toaster (a pretty nice toaster)