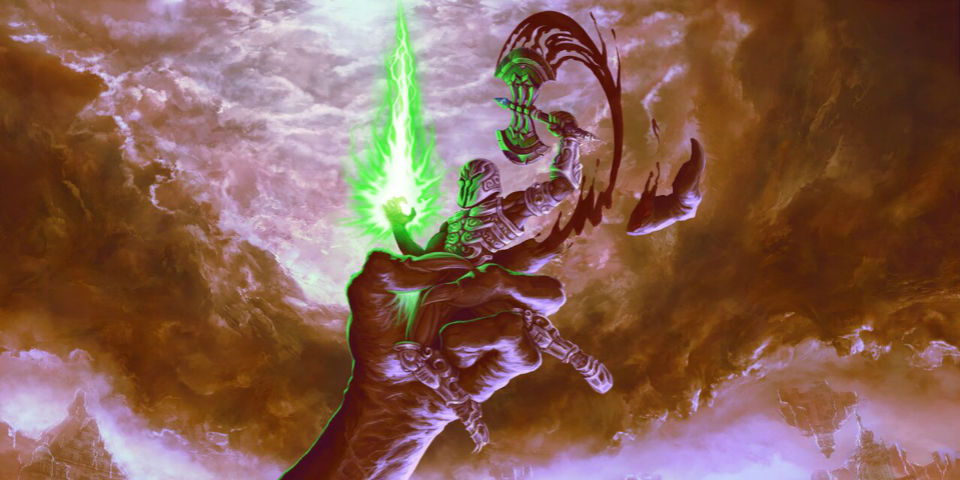 Publisher New Blood has teamed up with devs Indefatigable have announced that they’re releasing a Heretic inspired FPS to Steam Early Access next week. Amid Evil is a fast-paced adventure full of over-the-top action designed to be in the same vein as golden PC-age classic games such as Heretic and Hexen. The game features savage enemies and magical weapons such as tridents and crazy katanas.

A new trailer was released that showcases the game’s endless mode, and Hordes of Evil mode which has the player facing off against insane enemy AI. These will be included in the Early Access version of the game which also includes 3 of the final 7 campaign episodes. Each episode will have different environments as well as enemies.

The game was built in the Unreal Engine and features a soundtrack by Andrew Hulshut who also did soundtracks for Rise of the Triad and DUSK. Amid Evil launches March 12th in Early Access on Steam. The game has a $20 price tag and is expected to be in full swing later this year.