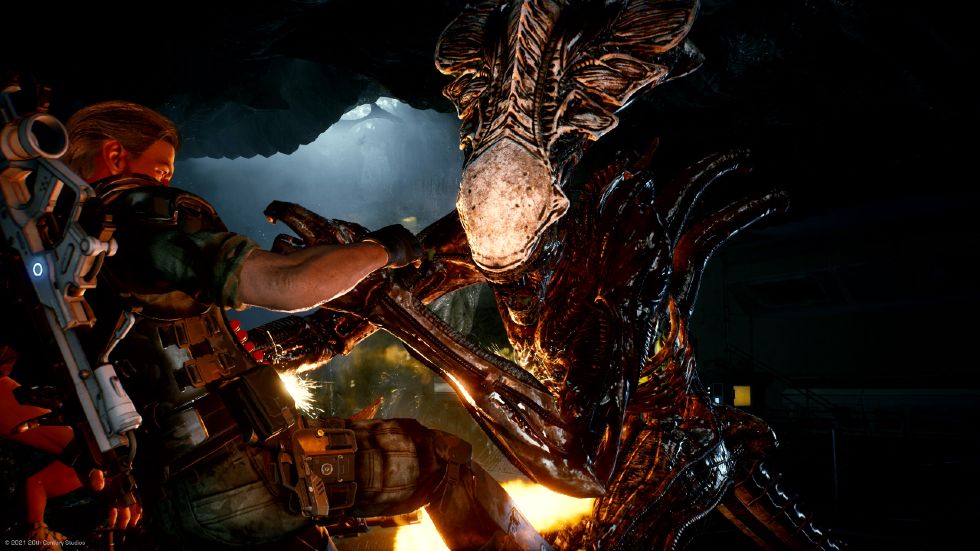 Cold Iron Studios has revealed they are working on a new Aliens game and it is described as a third-person survival co-op game set within the Aliens universe.

You’ll face off against waves of Xenomorphs and Weyland-Yutani Synthetics with two friends or with AI-controlled teammates. From the press release, the game is set in 2022 and your squad is sent to investigate LV-895, it is here you’ll deal with terrifying enemies and battle your way through four unique campaigns that introduce new storylines to the series.

Cold Iron confirms that the game takes place 23 years after the events of the original Alien trilogy of films and your team is on the USS Endeavour. Also, you’ll choose from five unique classes—Gunner, Demolisher, Technician, Doc and Recon and each one includes unique abilities and character perks. There over 30 weapons and over 70 mods/attachments for your weapons, there’s also a Challenge Card system that helps alter how the campaigns occur.

And you’ll go up against over 20 enemy types including 11 different Xenomorphs, from Facehuggers to Praetorians and each has its own patterns and intelligence.