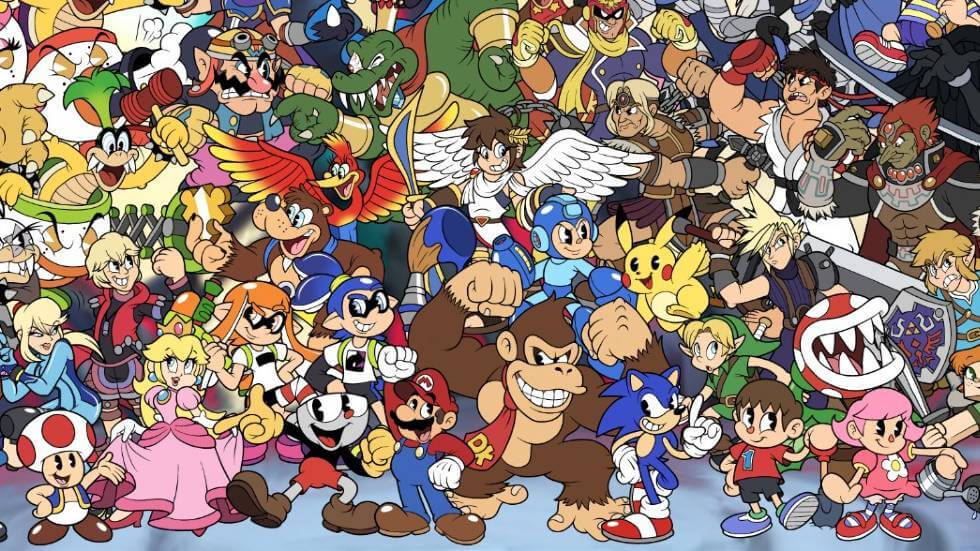 Per Destructoid, artist Daniel Cortes has been hard at work transforming the entire cast of Super Smash Bros. Ultimate into something you’d find Cuphead‘s Studio MDHR working on. Cortes has used the same rubber hose animation seen in Cuphead to great success. According to him, there are over 120 characters recreated in the 1930’s cartoon style.

After many months, and over 120 characters drawn, here's every single #SmashBrosUltimate character in a style inspired by #Cuphead/ #Rubberhose/ #1930sCartoons!! Everyone is Here!! Thank you guys so much for support throughout this project, can't wait to share more in the future! pic.twitter.com/tXErXZ0mpe

The final image includes over 100 characters from the Super Smash Bros. Ultimate roster, including offbeat Mii skins and alternative skins used. I dig the Persona 5 x Cuphead look and the fact that there isn’t a property showcased in this massive project that wouldn’t mesh with the rubber hose style of animation. If anything I’m looking forward to seeing the finished project, which will be completed once Nintendo reveals the final two characters.

If you want to see the full image, you can head here and check it out — and I really recommend that you do. Cortes plans on selling the image once it is ready to go and I’m already trying to find room on my wall.