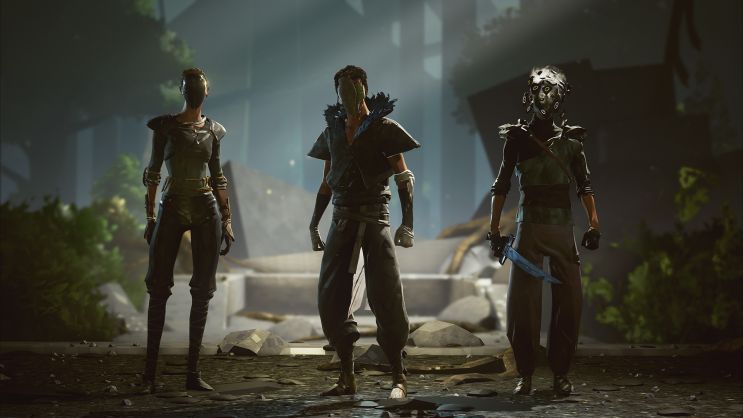 I’m anticipating Absolver since seeing the absurdity of it. I’ve been restless hoping to get my hands on the latest from Devolver Digital, luckily, we’re not too far out from release, which is set for August 29.

The most ardent fans can preorder the limited small batch physical Absolver Collector’s Edition from Special Reserve Games for $95.99, which includes an ultra premium, wearable Prospect mask with display stand, a 52-page The Art of Absolver book, and sticker pack in addition to a PlayStation 4 disc or PC download via Steam.

The upcoming online combat game has been hotly anticipated and has taken home numerous E3, PAX, and PSX awards since its reveal last summer. Absolver puts players behind the mask of a Prospect, who has taken a sacred vow and chosen to join the Absolvers, an elite corps of combatants fighting to maintain stability in the world. Prospects will choose a combat style, each with their own special abilities, and assemble their own custom Combat Deck to create a personal fighting system in intense, real-time combat. Choose to wander the land alone, with friends, or find a mentor to spar and learn from to become a more polished warrior.

WHAT’S IN THE PC BOX?