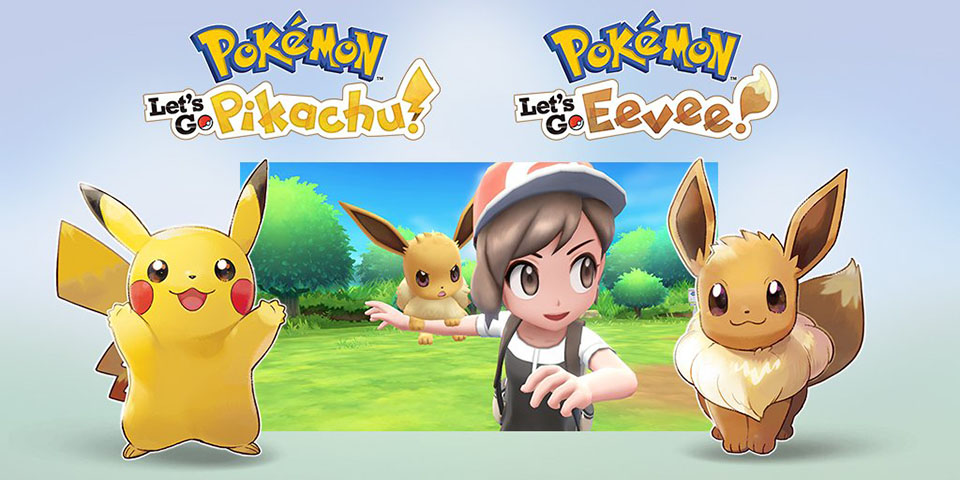 Let’s Go Pikachu and Let’s Go Eevee, the two titles that were leaked last week, are confirmed to be real and are coming to the Nintendo Switch on November 16, Nintendo revealed in a conference from Japan. Not only are we getting a new game on the Nintendo Switch, but we’re also getting a neat Pokéball shaped controller called the Pokéball Plus that allows you to interact with your Pokémon in new ways, and you can even take it along with you and hear your Pokémon throughout the day. Pokémon Let’s Go Pikachu and Let’s Go Eevee will also interact with Pokémon Go, the hit mobile game that consumed the world in 2016, in the video here you can catch Pokémon during your daily commute and then transfer them to your main game to use, and interact with them. The original 151 Pokémon can be transferred from Pokémon Go to the Switch title via bluetooth.

You can use the #PokeBallPlus as a Joy-Con in #PokemonLetsGo! Good things may happen if you place one of your favorite Pokémon into the device and walk around with it in the real world. It will be able to connect to Pokémon GO as well! pic.twitter.com/I18Y55odpp

Lastly, the game will also have a multiplayer component as we saw in the video – and it looks to be a drop in, drop out sort of co-op mode.

Two players can adventure at the same time in #PokemonLetsGo! Explore, catch Pokémon, and battle together in-game! https://t.co/kXLdxUMjjA pic.twitter.com/ZFT3T00gw3

The company also announced a new core title coming in the second half of 2019!

With #PokemonQuest and #PokemonLetsGo, there are so many new ways to explore the world of Pokémon! Trainers can look forward to even more with an all-new core series Pokémon RPG title in development for the second half of 2019! pic.twitter.com/d5uiIpenMI