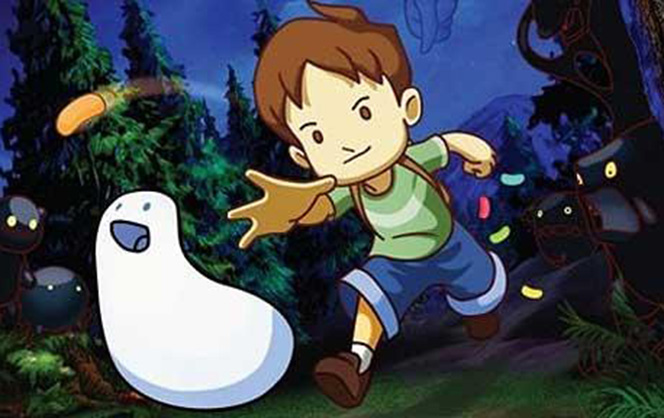 I’m sure a lot of people didn’t get a chance to play this as it was on Wii and felt like it went severely under the radar when it released. Luckily, A Boy and His Blob is releasing on Xbox One, PlayStation 4, and PC.

A Boy and His Blob makes its triumphant return! A reimagining of the NES classic, as the boy, you feed your blob jelly beans and watch him transform into cool and useful objects to solve puzzles and escape danger. With its robust and emotionally driven story, challenging puzzles, and visually impressive art style, A Boy and His Blob is sure to become a classic once again.

When Blobolonia is threatened by an evil Emperor, the blob comes to Earth looking for help. Instead, he finds a young boy. Help the blob dethrone the evil Emperor that’s terrorizing Blobolonia and establish a friendship with the blob that will last a lifetime.