ININ Games has revealed they are working with Strictly Limited Games on an 80 Days & Overboard special edition for the Nintendo Switch. The bundle will be a physical cartridge that houses both games for those who wish to save some space on their SD card. 80 Days is inspired by Around the World in 80 Days, serving as a reimagining of the story. You’ll play as Passepartout, the valet to Pileas Fog. You basically manage the route, the budget, and the wellness of your master and ensure you both get back to Europe in one piece.

There are over 170 locations, you can travel by train, airship, moving city, ice-walker, hydrofoils and much more

The game was one of the best games of 2014, per Time Magazine and I have some fond memories of playing the game on iOS.

Overboard sees you on the run after apparently murdering your husband. In a twist, you’ll have several hours to hide the crime and ensure you get away scot-free. Overboard won a Writers’ Guild Award for Best Writing in a Video Game. 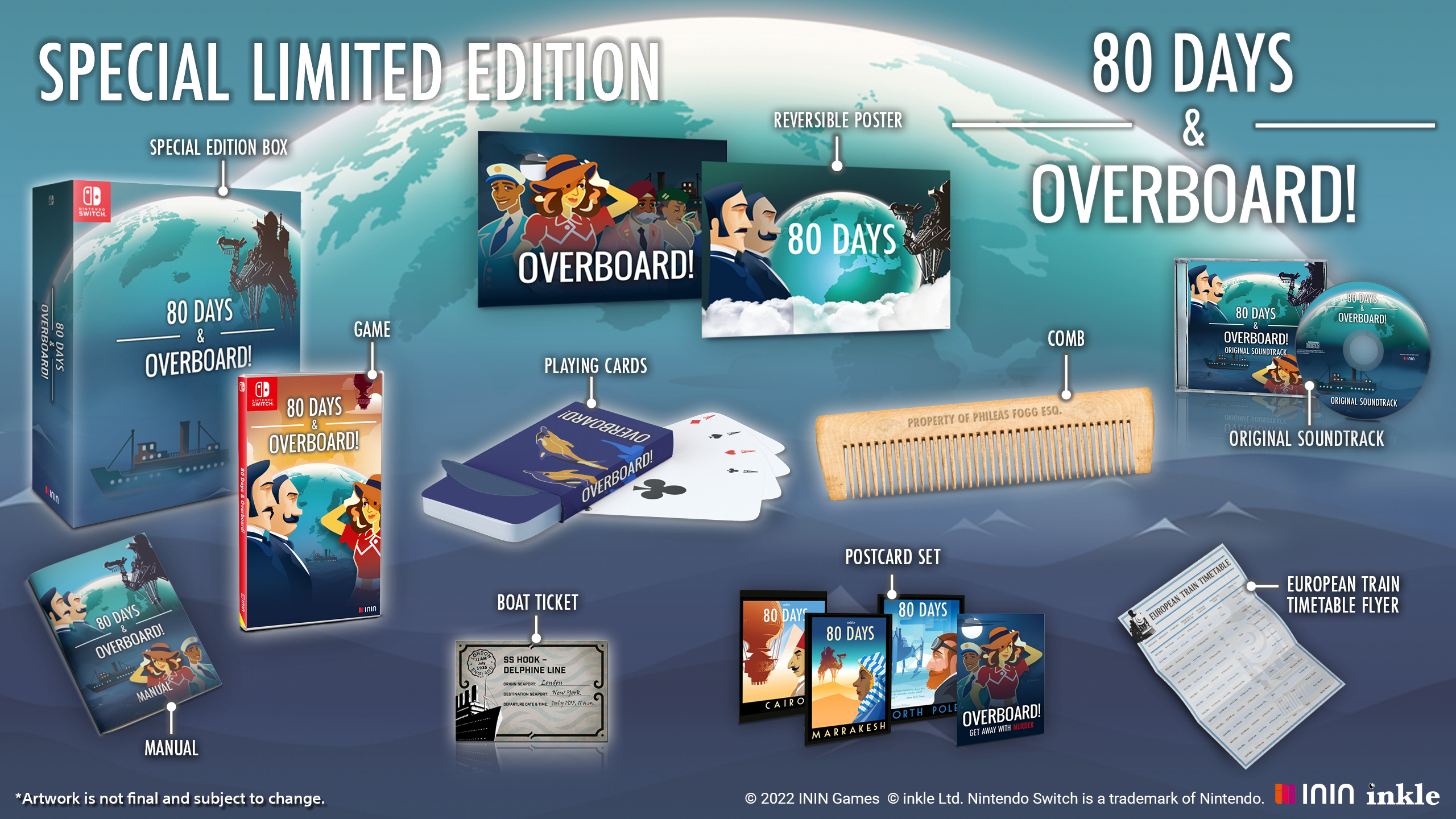