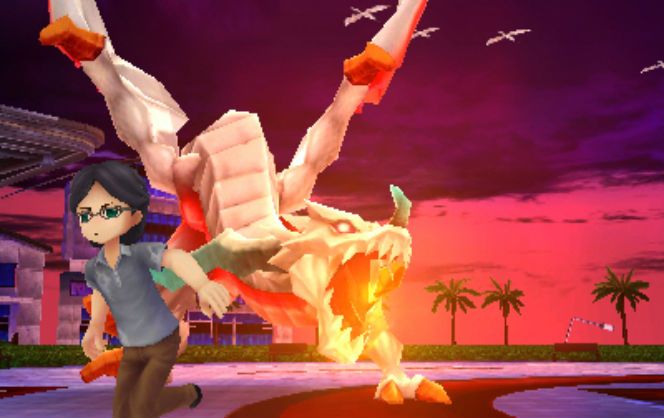 Prepare to fight through the fire and flames, because 7th Dragon III Code: VFD is now available. With dragons descending upon humanity and darkness shrouding the Earth, it’s time to suit and go hunting in this turn-based, dungeon-crawling JRPG game spanning three distinct time periods. Prospective heroes will have a wealth of character customization options and unique classes to choose from in order to build the perfect dragon hunting squad. Players will also have the chance to upgrade their base at Nodens HQ, date and build relationships with team members, manage a cat café (you read that correctly), and much more!

In 7th Dragon III Code: VFD, the world is engulfed in a time of darkness and great peril. In the year 2100, dragons have descended upon Earth and humanity is at the mercy of these terrifying beasts. However, not all is lost. As the protagonist, the player will team up with Nodens Enterprises — a video game company dedicated to stopping the dragon menace — to become a dragon hunter and eventual savior of the universe. Although times are bleak, Nodens Enterprises has found a way to tip the scales in favor of mankind: By traveling through time to three different eras, the protagonist can upset the balance of the dragons’ power. This will give them the edge to defeat the True Dragons, and stand a chance against the most powerful one of them all… the 7th Dragon: VFD.

In a quest for the ages, players will explore numerous dungeons in the mythical kingdom of Atlantis, futuristic capital of the land of Eden, and present-day Tokyo. Fighting enemies and dragons can’t be done by just one person, so thankfully the protagonist won’t be doing it alone. The main character can be joined by two squad members in the field, and have up to nine characters in their party. With eight distinct classes, 40 voice options, and 96 appearance variations, gamers can create and customize the perfect dragon hunting team to their heart’s content. Each dragon takes immense skill and cunning strategy to defeat, so choosing the right squad — and right look — is paramount.

Besides traveling through time and desperately trying to save the Earth , the team can unwind at Nodens Enterprises HQ where they can develop character skills, participate in numerous side quests, and even go on dates. Moreover, new floors can be added to the building with essential support areas such as a library, skylounge, cat café, and evacuation wards. Wait, cat café? That’s right — stray cats can be rescued during dungeon crawls and brought back HQ to lounge at the cat café. And yes, while people can be rescued as well, cats are clearly the priority.

7th Dragon III Code: VFD is available right now for $54.99 CAD ($39.99 USD) physically, and digitally from the Nintendo eShop for the Nintendo 3DS.