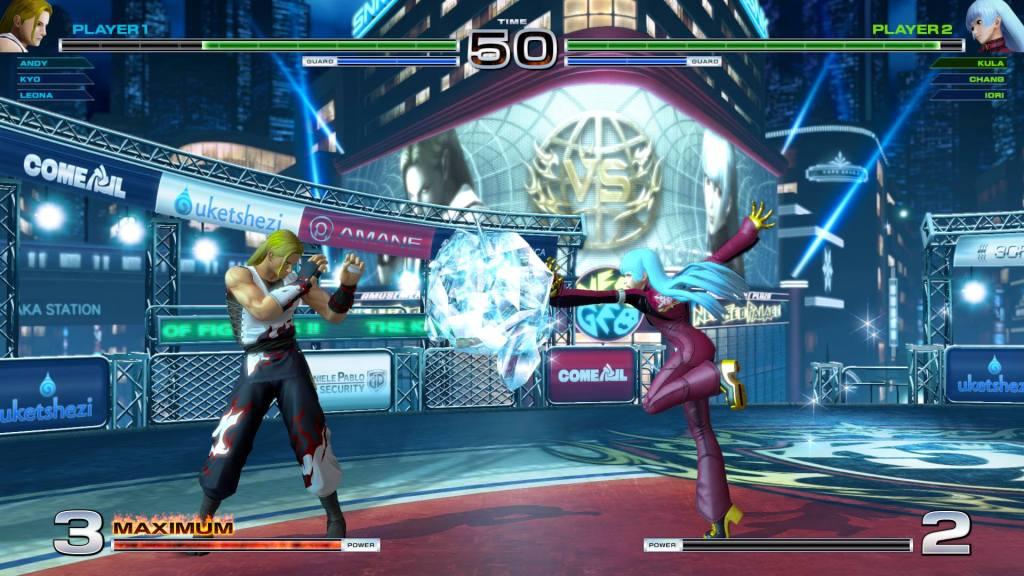 There Are 14,000 Reasons to Win THE KING OF FIGHTERS XIV EVO Tournament In case you missed it, SNK and ATLUS are returning the burn with THE KING OF FIGHTERS XIV at EVO 2017, the world’s largest and longest-running fighting game event.

With more than 50 fighters and 3D graphics for the first time in the main series, fans will be able to experience the extraordinary, fierce talent of THE KING OF FIGHTERS XIV‘s top players as the game debuts at the community’s most prominent competition. ATLUS and SNK are throwing in $14,000 in pot bonus prize cash which will be split between the top three winners:

Attendees can lock fists and joysticks for themselves at the ATLUS-SEGA-SNK booth. THE KING OF FIGHTERS XIV is available now for PlayStation 4 for $59.99 and features graphics fully rendered in 3D, tighter controls, improved Combo and Max Mode mechanics, and a revamped online experience.

Puyos and Tetriminos Collide at EVO

For fans of fast-paced, competitive puzzle action, Puyo Puyo Tetris will also be on-hand for attendees to stack, match and clear colorful objects while onlookers watch the frantic action in person at the booth.

Puyo Puyo Tetris is out now for Nintendo Switch and PlayStation 4. Puzzle game veterans can experience a variety of modes, including single player Adventure and Challenge modes, or take the competition online with Arcade modes supporting up to four players. The PlayStation 4 version is available only in a physical format for $29.99, and the Nintendo Switch version is available digitally for $29.99 and physically for $39.99 (with commensurate European pricing).