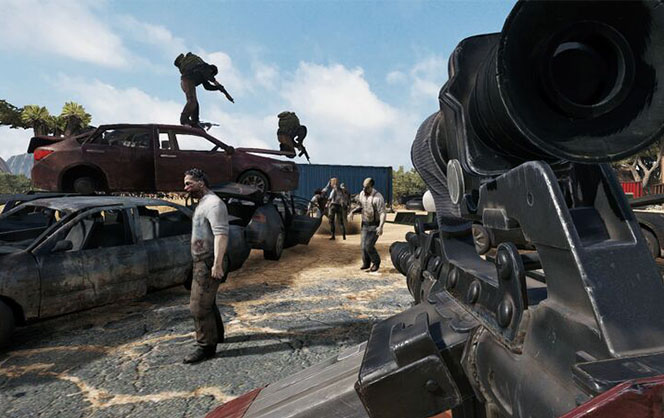 Survivor horror game Romero’s Aftermath has surpassed 300,000 users (100,000 in just the first 24 hours) after launching the Open Beta on September 24th! The Free-to-play MMO is a collaboration between the horror film director George C. Romero (son of the Legendary director George A. Romero) and indie game publisher Free Reign Entertainment. “Since entering Closed Beta a few months ago, we received positive feedback from early players and with their help we built what we think is the most robust survival horror game to date,” Adam Skidmore, Design Lead at Free Reign Entertainment stated. “There are a bevy of experiences in Aftermath and we think that contributed to the rapid influx of more than 100,000 users in the first 24-hours. It shows that Aftermath brings a freshness to the genre that the community was seeking.”

The game can be downloaded for free for the PC, on the game’s official website or through Steam.

You can check out the Romero’s Aftermath Open Beta trailer below!